Age 7: The Pigeon Boy, The Suction Bush, and The Darkness

They were real pigeons.

They lived in a huge metal cage with a wood roof, worn and tattered but nonetheless, homey.  She tippy-toed, peering in the wittle eggs, fluffy feathers, and of course, the poop.  It smelled, but not too bad. The pigeons cowered a bit, restless and uneasy with someone else’s eyes on them.

There was a hole of freedom at the top.

She moved along the cage, from left to right, all the way down the line.  They had food and water, she noted, and they could fly out the top of the cage any time they wanted.
One greenish pigeon stood guard popping his head bobbing it weird ways that were impossible.

“He matches the green paint on the cage,” Mags said.

They all belonged to her best friend, Adrienne.  Humph!
Adrienne had a really nice Mom and Dad, and a big brother, too.  The big brother did things like play after dark.

He liked to play with bugs, too.

No one knew why, but he blurted out, “The birds are mine!” which started Adrienne screaming at him, saying “No!  They are mine!”  He said that they were “homed” and blah blah blah wa-wa, he was the one that “homed” them, so they belonged to him.
~ ~ ~ ~ ~
They could fly away any time they wanted, he said, then come back.  They liked to come back home again, that’s why they were “homed.”  She thought that if he “homed” them, then maybe he was right, and Adrienne was wrong.  It seemed like they should be his.
~ ~ ~ ~ ~
Back and forth her eyes darted, from Adrienne to her big brother with his big brown eyes, and then back again. And then back to her brother. Oh, then back to Adrienne. Like, something was happening as her heart swelled.
~ ~ ~ ~ ~

and this was going to be the first night

that her Mom let her spend the night

Adrienne was her best friend and had been her Bestest Friend since kindergarten.  They played hop scotch together before school, their desks were next to one another in class and they ate lunch together, too.  They called themselves “Bestest Friends.”  Bestest Friends Forever. Lots of times, they both got Gold Stars on their tests.

Their back yard was wondrous and delicious.
There was a huge bush in front of a hill, and trees were scattered about so that there was plenty of room to play, run, catch ball, or do jump robe.  Neighbor kids whose names she didn’t know just walked on over, because there was no fence around the property.  It was just wide open space.

The sun was going down now,

Crispy air surrounded them now, but it was fine because they were running around so much that the cold was unnoticeable.  It just wasn’t even cold.

It was getting dark now, and Mags was not used to playing outside after dark.  It was beginning to get kind of scary, and the other kids wanted to play ‘Hide and Seek.’  Well, she wasn’t about to be a big baby about it, so she said okay.  Neighbor kids had joined them now, and it was turning out to be a glorious night.

Since this was her first night away from home,

she really did not want them to think she was a baby.

No one knows how it started, really.  Somehow, they were in front of a huge, dark green bush with soft leaves and flexible branches.

It was a ‘Suction Bush.’

When ever some one unwittingly walked by, the bush ‘Sucked’ them in, and their arms and legs were left to hopelessly flail in the crisp darkness.  It took some one else to help them out, because the Suction was so powerful.  Relentlessly, Mags shrieked with laughter as a Rescuer helped her out of the dark, ominous suction bush.  Through neighboring windows, other kids took turns peering into that Suction Bush at times, to make sure no one was stuck in it. The Suction Bush was alive.
~ ~ ~ ~ ~
Sometimes, the Rescuer would be Adrienne, and she could see Adrienne’s big eyes peering at her and then scrunching as she pulled her out with a “Pop.” The Suction had to be busted out!  They struggled together, with Adrienne’s grip tightening around her wrist then her forearm, then her elbow. Pulling and pulling, until finally Mags was free.  Together, the Bestest Friends ran away from that mean old bush, laughing because why, because they were smarter than the bush.
~ ~ ~ ~ ~
Other times, as she cried and cried out for help, the Rescuer would be her Bestest Friend’s Big Brother, the Pigeon Boy.  She noticed something different.

It was different with him.

He didn’t need to climb up her arm to get a grip, no.  Instead, he just pulled her out in one full Pow! Like it was nothing, no effort.
~ ~ ~ ~ ~
Even then, Mags did an experiment. She started to close her eyes to see if she could tell who it was that was pulling her out of the bush, and she got it right every time that she guessed it was him.  He had big hands with mighty fingers, this Pigeon Boy.  His fingers swallowed her wrist and pulled her to freedom in one swoop of strength.

She never really knew how strong a boy could be.

So she just closed her eyes and waited to see who would come for her.  Again and again, the Pigeon boy gripped her strongly as she shrieked in horror at that bad Suction Bush!  Again and again, she was reduced to tears and laughter when she was rescued.

And again and again, that Suction Bush pulled her in,

as if that was its sole mission.

She rubbed her eyes now, as they were tearing in the darkness, and then she looked at her own slender hands.  They had strips of dirt on them, as the bushes were rubbing off on her now.  Her brown hair was strewn about, riddled with pieces of leaves, tangles, and knots.  Her blue pants and matching blue and white shirt were so dirty that her first thought was that her mother would be mad that she got them so dirty.
~ ~ ~ ~ ~
But it was fun, and she continued to laugh.   It was so fun that she forgot about her mom just about the same second that she realized how much fun she was having.

The Suction Bush, the Pigeon Boy, and the Pulling and Pulling.

It went on for hours and hours, it seemed, and she just wanted the night with its impending bedtime to never come.

She had never stayed out so late to play, she had never gotten so completely dirty, and she had never played that close to a boy before.  She wasn’t going to mention to any one that it was past her bedtime, because she did not want to give any one the idea that maybe it was time to stop playing.  She told herself to stop thinking about stopping playing.

She just wanted to play as if it would never end.

It did go on forever.

She can still feel his arm reaching out to grab hers.

It was her first crush.

Age 1: A Baby in the Sky for Father’s Day

Age 2: The Making of a Woman Intensivist

Age 6: Glistening in the Moonlight

Age 7: The Pigeon Boy, The Suction Bush and The Darkness

Age 9: Sitting on the Edge of a Cave

How are you Aging?

10 Health Benefits of the Low-Glycemic Diet

Chronic Metabolic Syndrome is Killing US

What does ‘Iatrogenic’ Mean?

What is a Diagnosis?

What Matters to You: Patient Advocacy

From Dr. Forrest Tennant: Hyperalgesia: No Reason to Stop or Reduce Opioids

LIKE my Public Figure FB Page if you will, please!

"Fight for your diagnosis."

The Patient History Leads to a “Directed” Physical Exam 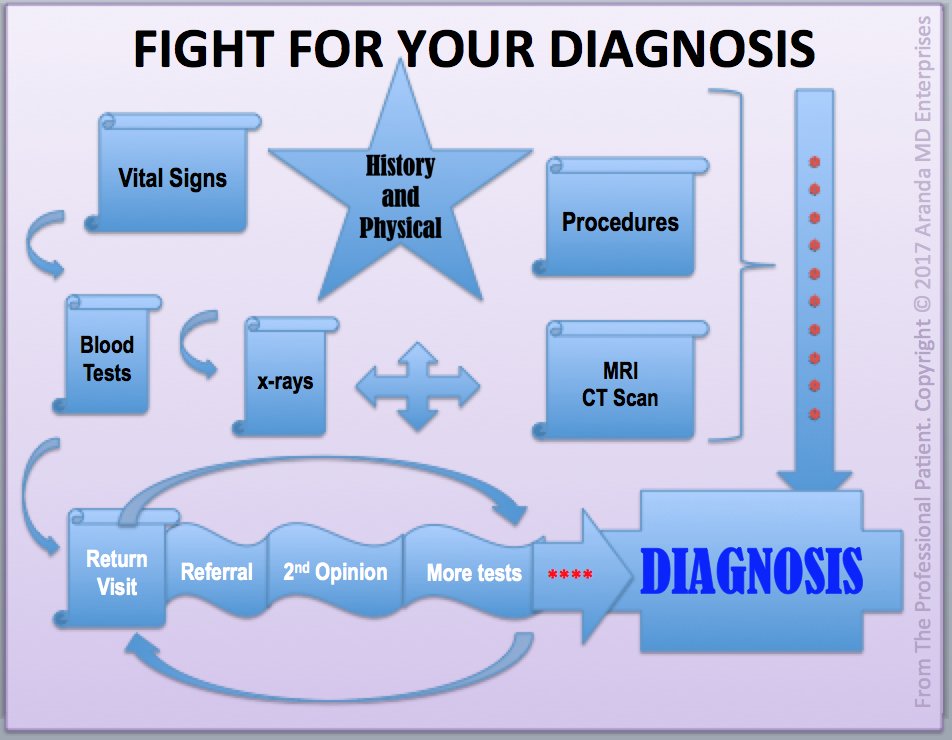 Withdrawal and Pain Management without Opioids

WITHDRAWAL OF OPIOIDS AND PAIN MANAGEMENT WITHOUT OPIOIDS By Dr Forest Tennant   We are pleased to share information from Dr. Forest Tennant, grandfather of PracticalPainManagement.com, teacher of intractable pain and arachnoiditis management. Read more about Dr. Tennant here. Arachnoiditis is a complication of epidural steroid injections (ESI) wherein the normal layer of arachnoid tissue is chronically […]

I pin. A lot. I’ve been doing it for about seven years. I love to library all my blogs and medical articles – pinning feels like a combination of facebook, Twitter, shopping, and multi–Tweeting … and if you have anything to sell, it’s getting easier and easier to sell on Pinterest, too! So get your […]

Bring the family back to life.

Rejuvenate your mind, spirit and body aboard Carnival Cruise's The Splendor. On board for Pain Cruise 2019, and our syllabus: "Keeping You in the Family"

Donald on Dining in and Out.

Dedicated to improving your health and lifestyle.

The Strategy to Enjoying Life on Purpose...

You Must Choose to be the Person Capable of Achieving the Result You Want.

Learning to Live Again with Arachnoiditis

Learning to live again with Arachnoiditis can be difficult but it can happen.

Astral Lucid Music - Philosophy On Life, The Universe And Everything...

Suicide Due To Pain

YOU BET We Care! #MyCaringFriends